When you walk in the airport terminal it’s usually packed with people from a large number of countries and normally under a high police presence.

There is good reason for that. The vast majority of people in the terminal on the public side have bags and luggage and none of them have been through any security checks. Coupled with that there are a lot of people in a confined area which is about as big a security problem as you can imagine. To reduce the risk considerably avoid queues and get airside as soon as possible. Airside basically means once you are through the security screening. 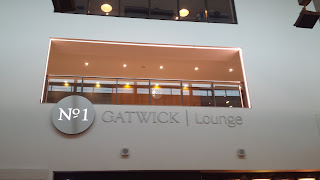 As a business traveller you probably have access to a lounge and if so arrange to meet colleagues there but if not arrange to meet them once you have passed through security. Although airports themselves always remain high on the list of targets of various terrorist type groups mainly because of the publicity and impact they can have being airside is one of the few area in public where everyone around you has been through a security check.

Many airports outside across the world have no clear separation between arrivals and departures. This means that the clear barrier between those about to board a plane and those just in the airport or just arrived does not exist. Some airports only having security checks at the gate with the rest of the airport being unchecked.

You should be aware however that often at this point everyone has a boarding pass so some level of filtering has occurred even though it’s not as high.

If in this type of airport spend as much time in the business lounge and sitting at the gate past security as possible.

What you are basically attempting to do is manage your risk. The biggest risk is due to the fact that there are a large number of people with large bags. Terrorists know this and they also know how much publicity they get from an explosion or attack at a major airport. As a result the further you can get from the majority of people who have not been through security checks the safer you are.